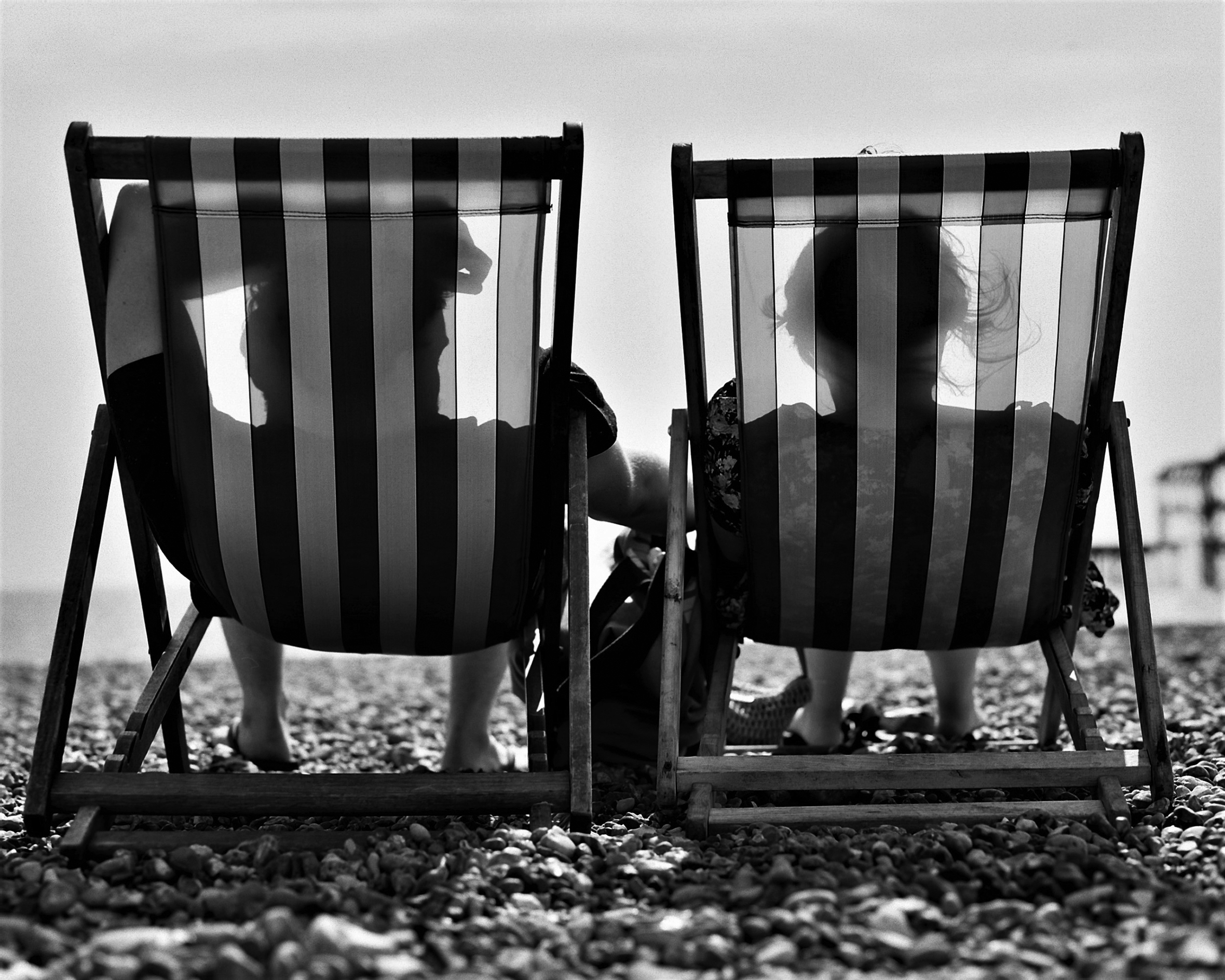 How We Met And What Happened Next

You bought the house next door. We took walks up Smith Hill in dogwood season. This is how long ago it was: I could still climb Smith Hill while carrying on a conversation.

After you left my house and returned to yours, we said good night by flicking the lights in our bedrooms on and off, on and off.

You died in your late twenties, within weeks of our ending things: a congenital heart condition you didn’t know you had, until you did.

We were spectators in the grass at a softball game and got to talking. Later in the week you moved in.

We had one of those summers: boiled lobsters and corn, swimming naked at Moonstone. At night the parks went mad with fireflies. This is how long ago it was: there were fireflies.

You died in your thirties, a few years after that summer, on a different coast, by a different ocean, shot in one of those American workplace massacres. This is how long ago it was: that kind of thing rarely happened.

In a running group. Can you believe it?

We were both unhappily married, but in different ways. I was getting divorced. You weren’t. What you were getting was beaten up and threatened with knives.

You were some twenty years older than I was. We rendezvoused at motels. We parked at quiet dead ends. You had that Mercedes sedan as big as my childhood bedroom.

You died at eighty, the rare ex of mine who didn’t die young. The last time I saw you, I’d moved two states away and my name and number had changed, but you found me anyway, wanted to see me. You drove straight through the heart of a blizzard, slid off the interstate twice. You stood in my doorway half in, half out, tired and shaken. I must have just turned thirty; you must have been newly fifty. A middle-aged New England lawyer, you were dressed like a cowboy. This, as much as anything else, underscored that it was over between us. A suede-fringe jacket. Snakeskin boots with stacked heels. An oversized Stetson. What, I said, no spurs?

The next morning, the sun out, you put your costume back on and, half in, half out, told me you loved me. Always had, always would. Should have said it.

This is what I wish I’d said in response: that your love was like a migratory insect — small, hard-shelled, periodically compelled to cross state lines and even brave nor’easters to find me; but after you did, you turned around and flew back home.

What I told you instead was that I’d always love you, too, and drive safe.

Your obituary said you had prized family, had married your childhood sweetheart, divorced, but remained friends. It said you’d died surrounded by the people who loved you. It said your core values had included bravery, loyalty. It said you’d loved running.

We met in high school, where you were my first, imperfect love. One summer night we spread a blanket behind the aboveground pool in my family’s yard: moonlight and the never-to-be-replicated pleasure of illicit summer sex. That night American astronauts landed on the moon, planting an American flag. This is how long ago it was: we marveled.

You died in your late forties. Cancer. At a class reunion a picture of you at seventeen was displayed among dozens of photos of classmates who had died, each lit by a small battery-powered candle. The rest of us danced to what the band called the “music of our lives.”

Sometimes I think about the phrase “So long.” As in,“So long, I’ll see you tomorrow.” “So long, farewell, auf Wiedersehen, adieu.” “So long, and thanks for all the fish.”

Why do we say, “So long”? Some think it comes from shalom, meaning “peace.” Walt Whitman said it comes from the language of sailors. But nobody really knows. There’s no hard evidence.

I like to think “So long” is the answer to the questions we don’t give voice to when we go our separate ways: How long will we be apart? How long after we part will I still be thinking of you? How long has it been since I held your hand?

We met in college and were still in college when we got married; still in college when, a few weeks later, you wheedled and cajoled me into climbing a sheer cliff with you and a friend of ours. Each a foot taller than I was, you and he muscled your way upward, long-legged, wiry, needing fewer handholds and footholds. I covered half the distance in twice the time.

Midway up, the rocks, like my arms, grew unreliable. I’d find a surface that appeared stable, but it would crumble when I tried to take hold of it, or tumble down the cliff when I stepped on it. A foot dangled. My fingers flailed. The higher I climbed, the more deceptive the surfaces.

Above me our friend began laughing. The two of you, though nearing the top, were spent and slipping backward, losing ground to me. Our friend became certain we were not going to make it; that we were all going to die, and in such an absurd way, Jack-and-Jilling down a hill we’d climbed for no purpose whatsoever. At our funerals, people would call us idiots. They’d ask, What were they thinking?

Our friend found this funny: the hubris and farce. Me, I was sobbing with fear and fury. All I saw were the rocks coming at me, the ones the two of you were dislodging. They rolled down the cliff, picked up speed, bounced and loosened other rocks, their jagged faces coming so close to mine that I felt the disturbed air. They missed me, every one, if only by inches.

You died two years ago, at sixty-six, cause unknown, twice divorced and alone, while watching TV. When I found out, I thought your death was just like those rocks. If our love had lasted, if we’d had a child, if I’d been a few years older, if I hadn’t thought there might be someone better, if there hadn’t been secrets and lies, then yours might have been a death that hit me so hard it killed me. Instead it just missed me, if only by inches, whooshing past while I continued on, hand over shaky hand.

When did we meet? You say it was thirty-five years ago. I say, Yes, but it was also this morning, when you made the eggs and I fed the dog and we watched the coverage of the week’s multiple gun massacres and drove to the clinic for the vaccine to save us from the virus and came home and took a walk, I with a cane, the dog with the need to investigate every desiccated rodent carcass exposed by the spring thaw.

Earlier this year you rushed me to the hospital. I was certain the pains in my chest telegraphed the end. In the ER, masked and alone, I felt it was all right if I died. I thought about my dead father and an aunt and my first husband. I figured I could hang out with them, catch up. Until that moment I’d had no fairy-tale visions of an afterlife, yet what I imagined then seemed not merely plausible but established fact. In fairness, I’d been given a slew of opiates, and my newfound belief system vanished as soon as I was told I would live.

After two days of medical confusion, it turned out what I had was not all that serious. The cardiologist attributed the symptoms to a previous asymptomatic COVID-19 infection. The pain had been caused by virus lingering in the sac that holds and protects the heart. Life is such a clumsy poet, its metaphors and symbols so overt, so embarrassingly available.

There are still a few men I once loved, or believed I loved, who have yet to die. When they do, if I’m still alive and somehow find out, I will mourn for a short while, I’m sure, before I get on with the eggs and the dog food and the news. And, during that short period of mourning, I’ll no doubt remember something about these men that no one else can remember, because it was something that happened between the two of us only. There will be no one who shares my bittersweet recollection, but also no one who can correct or refute it or remind me of what I’ve left out or call out my deliberate lies. No one to tell me: You know you weren’t getting divorced when we first met. Or: You forgot to mention that I was torn between you and another that summer, and when autumn came, I chose her. Or: The way I remember it is that you kept turning the lights on and off, on and off, long after I’d stopped.

How long? So long.

But those men are someone else’s heartache. You are the thing that holds and protects my heart, and sometimes, apropos of nothing, I remind you that the one inviolable rule of our marriage is that you are not allowed to die before I do. It’s meant as a joke, as if two mortals could agree upon the order of their deaths, could shake hands and say, OK, then, it’s settled. But it’s not a joke. It’s a kind of prayer.

My friend, the one who climbed the cliffside with my first husband and me and laughed at all our grasping and struggling and desperately wanting not to fall — he’d be seventy now. I have no idea what’s become of him. That day on the cliff, he called to me from the top. On solid ground, confidence restored, he’d already forgotten the danger. He was smoking a joint and pointing to the view. Oh, man, he called down to me. Keep going. It’s so worth it. Just wait till you see what we see.

Judith Claire Mitchell’s writing is stunning, and her essay about lost lovers moved me [“How We Met and What Happened Next,” December 2021]. I’m old enough to have lost a handful of former lovers to death, and I marveled at the way Mitchell put love and longing, life and death, into perspective.

J.T. O’Neill Sebastopol, California
More Letters
Thank You Your donations helped to keep our ad-free, nonprofit magazine in circulation last year, funding everything from production to distribution. Learn how you made a difference last year. Learn More

By Douglas Silver
The Sun Interview

The Elephant In The Room

Rick Perlstein On The Evolution Of The American Conservative Movement

By Theresa Williams
More from the archives
close