My Sister, The Writer | By Jenny Bitner | Issue 349 | The Sun Magazine
close 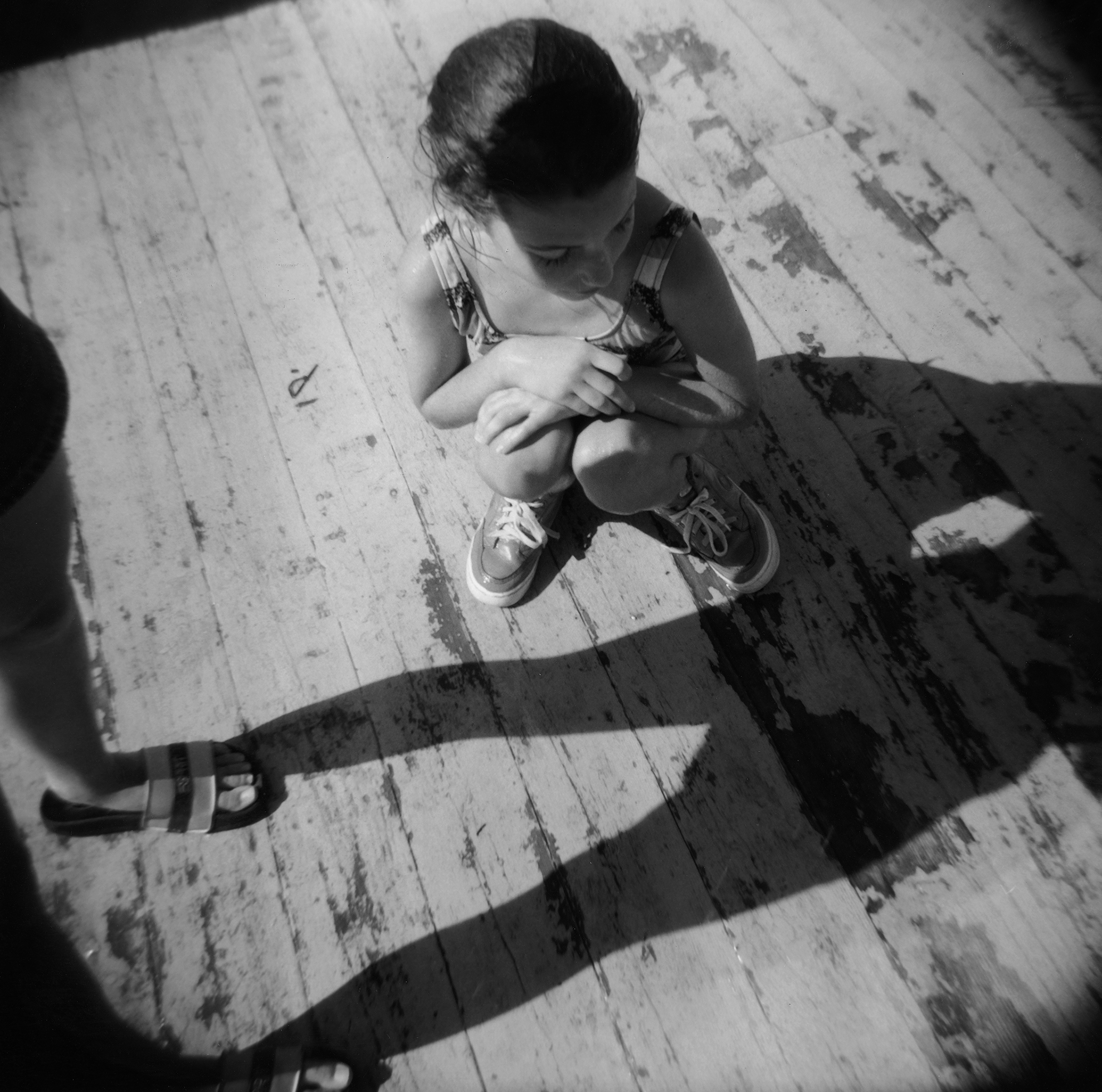 My Sister, The Writer

My sister is a writer. She writes terrible things about me. She thinks she is telling the family secrets, but we all think she’s hysterical. Everything is dark and gloomy in her stories, and there is always some gnawing pain that envelops the narrator. We think she should be on antidepressants. We know other families where it has helped.

Meanwhile, everyone who reads her stories thinks our family is sick. I mean, I believe in creative expression, and I know life isn’t perfect, but someone who always seeks out the darkest part of something seems disturbed. It’s like eating only the rotten part of an apple.

Her readers think that my father might have had sexual feelings for his daughters because he played horsy with us on his knee and another game called “Boom Down Time,” where he fell on top of us with bed pillows to cushion the “boom.” People we know believe these stories are really about our family because all the details are the same: the town we live in, the color of our house, the age difference between my sister and me, my hair color — nothing has been changed. My divorce, the speech impediment I had when I was little, the time I stole money from my first job — it’s all there. She calls it fiction, but it lies in the murky borderland between memoir and short story. Nothing is made up entirely. These are things that happened, but they didn’t happen like that. It’s like she takes a little detail and twists it into something nasty.

It makes me wonder how good a writer she is, anyway. I mean, aren’t fiction writers supposed to make things up? Isn’t that what fiction is? Does she have such a failure of the imagination that she can’t even change my hair color or invent a new job for my father? If she needs help with plot lines, I could suggest some that are more interesting than our boring life. How about an adventure story, like The Jewel of the Nile? How about a young, educated woman like my sister (I don’t want her to have to stretch too much) gets caught in the Amazon and has to fight vipers, and maybe she discovers a cure for some rare disease while she’s down there. Maybe there is a subplot about an environmentalist who falls in love with her but dies from a snakebite. Just an idea.

Or maybe a dark, brooding love story with suspense, like Rebecca. That was a fascinating movie. The new wife can never live up to the standard of beauty set by her husband’s dead first wife. The monogrammed Rs everywhere menace her. She thinks that her husband’s love for his first wife surpasses anything he could feel for her. But then . . . Well, I don’t want to give it away, in case you never saw it, but it was a great movie.

No, instead we read about the closed-down steel plants, the steel-toed shoes my father wore to the factory, teenagers hanging out at the 7-Eleven looking for excitement, boys trying to touch girls’ breasts and then ignoring them afterward, all set in an industrial ghost town. She could do better. Why does anyone want to read this bleak shit, anyway?

To read her stories, you’d think my mother is neurotic and overprotective. That she didn’t give my sister the space she needed to grow up. That she smothered her daughters with her deep sadness, the source of which is unknown but alluded to: possible sexual abuse in childhood; a loveless, albeit seemingly happy, marriage; depression caused by patriarchy.

But you’d think even worse about me. I am the jealous sister. Jealousy just seems to have been my primary trait since childhood. And who am I jealous of? My sister of course. My wonderful, perfect, deeply feeling sister, the writer. I taunt her. I tease her about her body. Occasionally I humiliate her.

Take, for example, the bathing-suit story, printed in the Atlantic, no less, not an intimate venue for her personal exposé. In the story, as in real life, my family was going to the Jersey Shore for our annual lower-middle-class pilgrimage. I was sixteen, and my sister was fourteen. She got to get a new bathing suit because she hadn’t taken care of hers — the seat was like a mud puddle, really gross. I, on the other hand, had taken good care of my suit, so I didn’t get a new one.

OK, so I was jealous. I wanted a new suit. Who wouldn’t have? It was grossly unfair. She, who had abused her suit, got a new one, and I, who had taken good care of my suit, always rinsing out the chlorine, was made to wear the same old suit for three years in a row. But to her the story was about larger, universal themes. According to the omniscient narrator, I was really jealous of her body, her new breasts. My kid sister was becoming a sexual being, and I, insecure about my own burgeoning sexuality, felt threatened by a younger competitor. When she meets this young French Canadian guy and hangs out with him, I supposedly withdraw into myself and focus on pleasing our father. No, I just wanted a two-piece with daisies on it.

It’s not just me, though. In my sister’s stories, everyone in the family is less feeling than she is. Like most Americans, we are numb and shallow. We have the brutality of boring work and suburban life in us. We like the town we are from and take some pleasure in going shopping, driving, and visiting family. We didn’t know such acts represented the dark, materialistic side of America. We didn’t know how materialistic we were until we read her stories. Vainly we look for happiness at the shopping mall. And I thought I was just looking for an outfit to wear to work.

My sister is getting more famous, and it’s really starting to affect my life. My friends read her books. They think they know the real me from her stories. After all, it’s in a book. It has weight to it. If I try to defend myself, they just think I am jealous. They make comments as if they are privy to insider information. If I say anything negative about my sister — anything at all — they’ll say something like “Well, you always were kind of jealous of your sister, weren’t you?” The fact that she forgot my mother’s birthday becomes a nonissue for them. Oh, no. It’s all about my jealousy.

I have decided the only way to beat her is to write my own stories. I will write stories about a well-adjusted, happy family that has one member with a chemical imbalance. The rest of the family will be loving toward this troubled girl. They will help her. They will buy her swimsuits when she ruins hers. They will send her to a good college and even pay for her junior year in Italy. And then, when nothing they do seems to make her happy, when she builds her fame on the backs of their goodwill, they will find good psychiatric help for her, and she will overcome her chemical imbalance. She will take some Zoloft and realize that her family really loved her all along.

Notes Toward A Journalism Of Consciousness