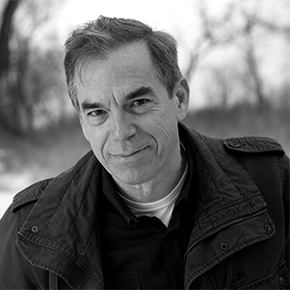 Miles Harvey was swarmed by wasps during the total eclipse of the sun in 2017. He survived to complete his latest book of nonfiction, The King of Confidence.

As he watches his daughter vanish in one direction and his wife in another, he thinks whatever it was that once held his family together has long since gone the way of that doomed landmass, swallowed by the sea.

The Pixies — whose members looked minuscule on stage, even through my new prescription glasses — were a pioneering alternative-rock outfit from the late 1980s and early 1990s. My younger self had adored them. Much to his dissatisfaction, he never got the chance to see the band play live before they broke up in 1993. Now they were on a reunion tour — and so, it seemed, were my former self and I.

Random violence, as I practice it, is a delicate task. You want to injure the punchee just enough to make him or her think, without causing any major damage.

October 1992
Thank You Your donations helped to keep our ad-free, nonprofit magazine in circulation last year, funding everything from production to distribution. Learn how you made a difference last year. Learn More