John Rosenthal has published a book of photographs, Regarding Manhattan, and is the recipient of a North Carolina Arts Fellowship. He lives in Chapel Hill, North Carolina.

Years ago I read an essay by Hannah Arendt in which she said that the Nuremburg trials were necessary because they assigned responsibility for crimes to people who, in fact, had the responsibility not to commit them. Her concept was that if one declared everybody in Germany guilty, then no one was guilty — guilt became a condition of being, or something connected to the stars, a notion antipathetic to anyone interested in establishing a little decency on earth. 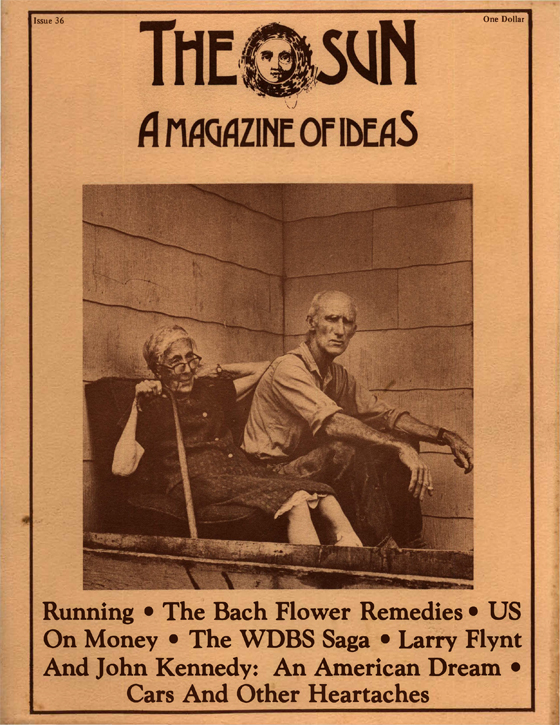 The Arts: The Politics Of Filmmaking

In the course of reading a book we have time to change our mind about things, or anyway, the author has time to change our minds. But seeing a film is different. Not only the brevity of the event, but the limited intellectual possibilities of the medium itself make it almost impossible for a filmmaker to challenge (uproot, enlighten, deepen?) the filmgoer’s attitude about the way things are.

Reflections On Re-Reading Dostoevsky’s The Idiot

Reading The Idiot again after five years I am struck by what does not fit into the usual critical categories, a certain kind of truth in the writing, the erratic unnameable of vision. I begin to see there is no proper category for the vivid, an impulse to reveal, an edging toward light.

December 1976
Thank You Your donations helped to keep our ad-free, nonprofit magazine in circulation last year, funding everything from production to distribution. Learn how you made a difference last year. Learn More