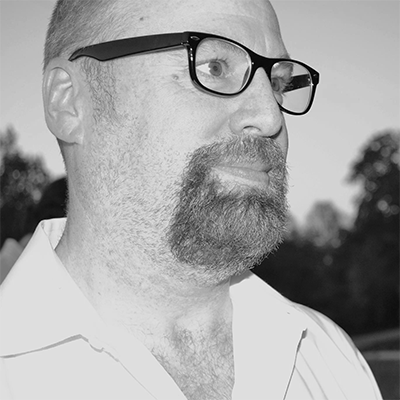 Doug Crandell’s most recent book is the novel They’re Calling You Home, and his short story “Shanty Falls” was included in the 2020 Best American Mystery Stories. Recently he’s taken up boxing with a sandbag in his barn in Douglasville, Georgia.

After work we would be headed to Smitty’s Bar, where the twangy music would kick up, and I’d try to find the courage to dance in public.

The Crandells participated in 4-H the way we did everything: bargain hunting, doing odd jobs, and keeping costs and desires to a minimum.

I lie on the couch in the living room and feel a deep sense of shame, because I’ve increased our debt by getting sick.

What Little She Had

It is one thing to be bad with money when you have it, and quite another to be bad with it when you don’t. My mother gave away what little she had, mostly because she had been taught that every poor person she met was the Lord in disguise, testing her love.

I was home on fall break in my final year at Ball State University in Muncie, Indiana, and I needed money to pay tuition, so I was working a twelve-hour shift with my father at the ceiling-tile factory.

I stood inside the entrance of Central State Hospital in Indianapolis, Indiana, waiting to get patted down. It was my first visit to the institution, in 1992. I was twenty-four and had been working in the field of disability and mental health for two years.

That fall my brothers and I would be sowing the fields on our own for the first time. Dad was working extra shifts at the ceiling-tile factory with the threat of layoffs ever present. One night he sat us down and said, “Wheat’ll be yours to get in the ground. Work together.” That was it.

I’m scared now because so little of the Darren I’ve always known seems to remain in his weakened body. I can’t remember ever having been more frightened by a change in someone. I understand that we should expect “personality inconsistencies,” as the emergency-room doctor said, but it’s as if an entirely new brother came home with us from the Wabash County Hospital.

Grandma Rose’s younger brother Leonard was murdered thirty-seven years before I was born. As a child I was often told I resembled Leonard, which was meant to explain why Grandma didn’t take much interest in me. My father’s mother was a stern, often judgmental woman, and I was scared of her.

During the months when my parents’ dream of owning a farm died, I became a sleepwalker, and Dad became ever more diligent about hygiene. He shaved twice a day: once before the sun rose and again just before sleep. He kept his steel-toed work boots dirt-free, the leather mink-oiled, the laces neatly double knotted.

After my parents lost our farm and we moved into town, I started attending an evangelical Quaker church with my friend Brad. I wasn’t sure I liked it at first, but as the months passed with my mom and dad rarely speaking, I did start to find something like peace when I prayed.

Our father was blind for five days. He pawed the walls as he felt his way around the house. The television stayed turned up loud, as if the chemicals that had burned his eyes had also scorched his hearing.

October 2012
Thank You Your donations helped to keep our ad-free, nonprofit magazine in circulation last year, funding everything from production to distribution. Learn how you made a difference last year. Learn More